What I learned on the phones

When I first began working at a call center; it wasn’t that bad. I had ambition and had committed myself to climbing the corporate ladder. I learned everything I could, helped everyone and stayed more hours if needed. I did everything to ensure there wouldn’t be any competition for me when the time came. I was desperate to achieve more. After a few months, the company had an opening for a team lead position. They needed someone that knew how to make a few reports, a skill that I had mastered out of proactiveness. I had no competitors, the promotion felt mine.

Adrenaline was high, expectations were set: The future seemed promising. But then, reality hit me. The company ended up choosing two guys from a different shift that knew nothing about everything I worked so hard to master. They even chose me to train them; I couldn’t believe it. I was devastated. The effect this had on me was huge. I felt worthless. I stopped performing or taking care of the team. Don’t get me wrong, I would still answer the questions they’d have, since I liked my people, but in the end all I could think was “they are paying another guy to do this.” The world felt unfair. Out of anger, I made a few mistakes and almost got myself fired.

I remember the meeting when my boss told me he would fire me. He was angrily going through each and every one of my mistakes over the last few months. He looked at me with anger and asked why I had become so mediocre. He asked what changed. I was honest and started confessing how I felt about the situation. How I had worked hard for that position and how it was now all in vain. He felt compassion and as a result, I was moved to a different campaign and ended up in the QA department.

It didn’t take long until I started hating QA as well. Routine killed my ambition. A friend recommended me to apply for a different company, so I scheduled a meeting over the phone with a guy from HHRR. I arrived to Altia that day to meet the guy in charge of the campaign they needed people on; and so, I met Stanley. Everything was running smooth, he was passionate about the company and its culture; but then he said, “you will be on the phones.” It was like hitting the brakes at light speed. I hated taking calls; everyone at a call center does. The reason to work hard is to actually get moved anywhere far from them. He explained to me how it was not a call center despite the call-taking experience. Honestly, it felt like going backwards, but he seemed really serious about it; therefore, I believed him and decided to give it a try. After all, it couldn’t get any worse.

I started with this new company. I honestly liked it, I wasn’t just a number anymore. People knew my name, my story, they cared about me (at least to some level), and as a startup, things moved quickly; I loved that. I finally started to get this feeling and urge for more again, just like the first time, and decided to really go for it; I was motivated. However, after a few months, everything went downhill again, I was tired. I didn’t want to go to work, I hated receiving and/or making calls. No matter how much I wanted to trick my mind into liking it, I just didn’t. Sweet déjà vu. However, I realized that the company was different, the people were different, so what was wrong?. Then it hit me, my environment was not the problem, I was.

When you cut the bullshit

I realized that my mistake was becoming mediocre; blaming the world, that’s what I needed to change. I didn’t learn my lesson. I was hating everything just because I didn’t get promoted, I didn’t grow. I just turned around because failure was too hard to manage, just to find myself in the same position later on without any improvement; a childish attitude if you ask me. I decided to change, but who could I follow as an example?

I remember my new manager would always say, “be the master of your job,” or something like that; but that concept got stuck in my mind as soon as I heard it. Every time I had a question; he knew the answer. He would take my headset and even take the call, just to show me how something was done; he had passion. I had to make a decision; becoming the master of my job or complaining about how unfortunate I was for not being promoted. Answering that, was easy, the answer was obviously to master my job. However, the doing, since I hated taking calls, was a completely different story.

I decided to have a meeting with Stanley and be honest with him about what was going on. I told him how much I hated taking calls and how I wanted to play it different this time. He explained with disappointment that he was very clear in the interview that this was my job; I agreed. However, I did not lower my performance. In fact, I did my very best, I improved my numbers. I didn’t become the best, but I was reliable and knowledgeable. I offered help with training, I helped anyone with a question, even if they wouldn’t ask for it. I would help leadership with anything I could, even if I wasn’t much help. I made a report from scratch to help people see their numbers more efficiently. I was pitching in with everything I had. I still hated the phones, but my focus was somewhere else. It was of the company, its people. I made friends with the people around me, I cared for them. I proved that I could do my job even if I didn’t like it. I pushed myself until I became, in my terms, the master of my job.

Around 6 months passed before that day came: a new client came to the company. They got me off the phones and told me that I would be transferred to this campaign for being reliable. I had never felt so happy at work. It finally felt things were paying off, that all the effort was not in vain. More importantly, it felt that I had made the right choice. None of these things would’ve happened without the phones.

It was the phones that taught me that hatred leads to no good; to have control over my feelings and keep performing. It was the phones that made me the master of the one thing I didn’t like; they built my attitude. I finally learned to look for answers instead of excuses. I am thankful to the phones for this achievement because, without this challenge, I would’ve never met the wonderful people that led the way to a better path.

I admire people taking calls. They master this job so much better than I did. They are hard-working people; they are achievers. Everybody else would rather have their boss double their work than spend a day with the headsets. It’s a challenge, and to all of you that master this challenge on a daily basis, I humbly take off my hat to you. Just make sure you understand that this blog is for you, the hustlers! 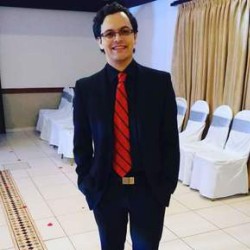 Tips for a Successful Virtual Interview with PartnerHero

The Ultimate Guide to Quality Outsourcing

The Ultimate Guide to Quality Outsourcing